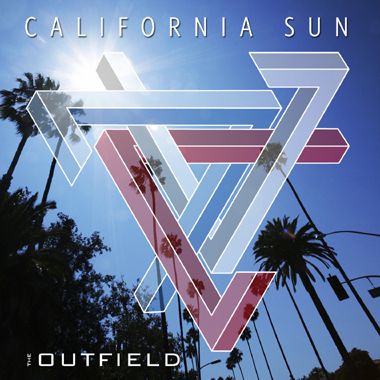 If you were to overlook The Outfield's most recent material taken from their brand new album, Replay, you would be missing out on material just as strong as any track from 1989's Voices of Babylon.

The band's new single, 'California Sun', has climbed steadily up the A/C radio chart this week to #27.

'California Sun' picks up where Voices of Babylon left off, layered production and pristine performances. What's also immediately apparent is the approachable radio sound that lifted the band through their first three album releases.

'California Sun' is a distinctive return to what radio used to be. It's a song marked by complex arrangements with open spaces that is carried by the main melody line that has a bounce to its gait. John Spinks is at the top of his game as he widely adheres to his own song writing brilliance.

The sound is confident and markedly manifest itself in the lead vocals of Tony Lewis and the splendid backbeat of Alan Jackman's artful drumming. With its jangling guitar chorus and soaring vocal harmonies, 'California Sun' is concise as it is immediate.

In simple terms, John Spinks, Tony Lewis and Alan Jackman have re-discovered their chemistry and made a very specific sounding album that can only be identified as The Outfield, entirely successfully.